To encourage the fiction that mostly what we do is to travel to cool spots, relax and take in the sights, I will focus on four places that we visited this year.  This in spite of the fact that our total travel time was less than 6% of available hours in 2015; the rest were spent working, sleeping and running life maintenance errands.  Well, and baking.

We visited with friends who live on a farm near the Ukranian border, in a very green forested and farmed countryside.  You really do get the sense of an expansive plain that extends East to the Western Steppes – what was once the breadbasket of Europe.

Monika keeps bees whose friendly buzz and high activity were in keeping with the intense, short growing season.  Robert, a friend from our time in Toronto 25 years ago, took us to the Vistula River, walking through small simple village that felt deeply connected to the land – chickens scurrying about, flowers displayed in pots, weathered fences and fecund vegetable plots.  The river drains in a leisurely fashion North, reaching the Baltic Sea near Gdansk (The the port city where the anti communist Solidarity movement started in the shipyards), and Robert has canoed sections of it.  We drank chocolate in an old spa town, ate serious amounts of meat and potatoes and spent a lot of time chatting. 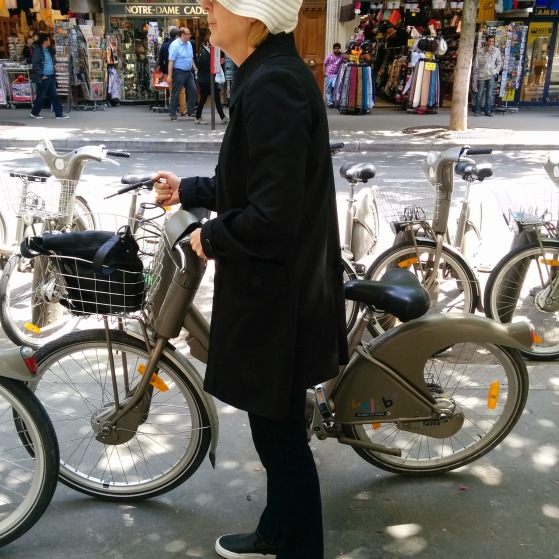 What’s not to like about Paris?  Good food, great art, fine architecture.

Part city, part cultural Disneyland trading on past cultural glories, Paris is an easy city to navigate.  French precision (and complexity) is evident in the layered subway, regional and national train systems, the delightfully fastidious parks, jewel-like pastries and automated bicycle rental stands.  The latter confounded four of us for 30 minutes before we were able to free bicycles to ride.

What a great way to see a city!  We pedalled up and down the Seine, through the Bois de Boulogne and in and out of several arrondissements.

The flower market was packed with Marigolds and vendors were especially busy as people prepared for Dia de los Muertos.  Some fine snacks – fresh corn sprinkled with lime, chili flakes and queso Cojita, Tepache (a filtered drink made from fermented pineapples) and tacos.  We came upon a street festival in Cuyoacan, the neighborhood where Frita Kahlo and Diego Rivera lived. Folks wearing Halloween costumes, older couples dancing in careful, precise moves to a boom box belting out swing tunes, and dozens of food vendors selling regional dishes.

We really like Mexico City – 22 MM people living at 7,300 FT in a basin between mountains, with a history stretching back to the 1300s.  We had brunch with our friend’s parents at a fine Mexican restaurant.  Adrian’s Dad had worked for Pemex, the state oil company, spending many years in France.  He spoke English with a French accent and we spoke some French together.

Adrian’s grandparents fled Hungary before WWII to escape the Nazis: few Western countries were accepting Jewish refugees so they came to Mexico, with the hopes of using their savings to find a way into the U.S.  A great uncle gambled away the extended family’s savings and so the family remained and are now part of a small but significant Jewish population there.

Wikipedia notes that: “Since the 1960s, [Colombia] has suffered from an asymmetric low-intensity armed conflict, which escalated in the 1990s, but then decreased from 2005 onward.”

The escalation in the ‘90s was in large part due to a bloody, random fight with Pablo Escobar, the country’s most notorious drug lord and a native of Medellin, with bombings, assassinations, murders, bribes and kidnappings commonplace.  This fight almost brought the country to its knees.

Medellin was once known as the most violent city in the world: no sign of that now.  The city, sitting at 4,000 FT in between massive green mountains (the Northern end of the Andes), feels active, prosperous and safe.  I spent a week with a team of young, well educated and very talented software developers, who all saw a bright future for themselves and their country. 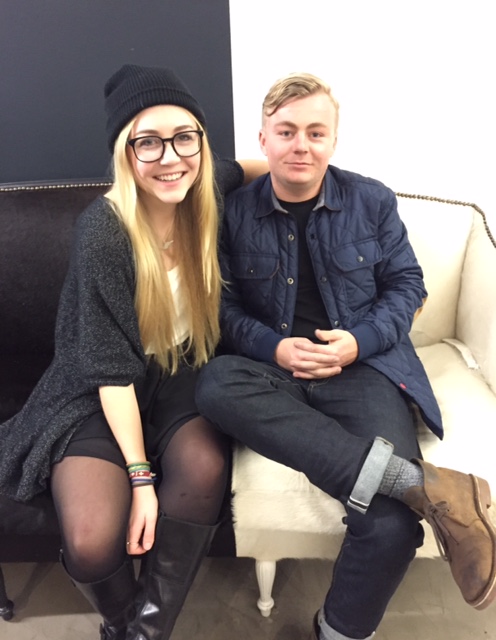 Lexie just finished the course work for her degree in Victoria and is heading to Edmonton for a work-study commitment with child protective services. She is calm, grounded and empathetic and well suited for her chosen vocation, in whatever form it takes.  We have really enjoyed having her home over the break.

This summer Lexie ran programs for a camp for children and families with cancer in the foothills Northwest of Calgary, which was a full and demanding role.  She got to experience so much that is great about an Alberta summer: the crisp mornings, the smell of the pine forests and limestone of the foothills, the clear daylight lasting well into the evening.  The drive into Calgary down country roads through undulating fields of cereals and canola, tidy farms, and pumpjacks dotted here and there.  All beneath a big, blue, everchanging sky.

Liam is living in a house with two buds in a gnarly part of Oakland, about 10 minutes away, and continues to promote skateboarding gear, design products and work social media. He actually has done some serious traveling this year (Not like the faux trips I have reported on above), having spent almost a month in La Reunion. A video (One of three) from that trip, with obligatory terrifying footage, follows.  He and I like to see movies together, preferably on $5 Tuesdays at an active and noisy cinema in downtown Oakland.

La Réunion Part One: The Place One Never Leaves from Caliber Truck Co. on Vimeo.

We have had a pretty steady stream of visitors, which we really like and which keeps us young.  Family, old high school friends, young job seekers (several), interns, babies.  Canadians, Australians, Americans.  Come and visit!

I launched a simple website and promote my baking through local Facebook groups, and now have 40 regular subscribers for my sourdough bread.  My obsessions run 10 – 15 years so we have at least eight years of baking ahead of us.  Come and bake with me!

In closing, I will leave you with this from the St. John of the Cross, the 16th Century Spanish mystic.

“In the twilight of life, God will not judge us on our earthly possessions and human successes, but on how well we have loved.”

There is much to be thankful for and much to pray about. May God be with you and your family in the coming year.