While I was writing this missive, Jennifer noted that “Not much happened this year.” This may not be a bad thing: we are healthy, our house has not been leveled by an earthquake or tsunami and, although my children might claim otherwise, I do not appear to have taken leave of my senses.  But it doesn’t make for good copy:  let me update you on our year and see if it has any sizzle. Lexie graduated from ACLC, the local charter school she and Liam attend, in June.  Grandpa G-Rae came down from Calgary and, in true Lexie fashion, we had many parties and events and photo sessions, and the whole project was deemed a success.

Liam got his driver’s licence this year and, like Lexie, is quite a good driver.  Late in the summer, he introduced our Subaru wagon to a telephone pole while driving in the Oakland hills (he skates there regularly)  – they didn’t hit it off, the pole was miffed and the Subaru crushed, fatally so. 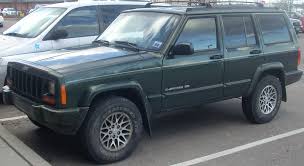 In response to this unsuccessful introduction, my sister very kindly gave us her ’99 Jeep Cherokee wagon – one of the original, very manly SUVs – which we had shipped out from New York.  Ruth kept the vehicle in immaculate shape, the interior had the microbe count of an operating room in a first class hospital – I think it may have been used for outpatient surgery at the hospital where she works – and Liam took to it immediately. There really is nothing quite like rocketing down the freeway on a rough truck-like suspension, fat tires humming and burning more than your fair share of hydrocarbons.  Liam announced: “Dad, this is the first car that we have owned that I am not ashamed to be seen in.”  He does his aunt proud, maintaining the vehicle to her standards (I am not allowed to bring tea into the vehicle.)

He has outfitted the Jeep with a powerful sound system, with a big sub woofer in the back.  He chauffers me around Alameda while listening to chest thumping, window vibrating, rather rude, urban tunes.  Yo homies!!

It’s all skateboarding all the time for Liam – in this video he skates for ABEC 11, his wheel sponsor, with Fernando, a friend from Brazil, and Cliff Coleman, a dude my age that pioneered a lot of the downhill techniques that Liam and his peers use.

He does a fair bit of promotional work for his other sponsors Comet Skateboards and Caliber Trucks, too.

We have a small Meyer Lemon tree in our backyard (One of the joys for a Canadian living in California is the idea you can have a tree on your property that produces citrus fruit.).  Meyer Lemons are native to China and are believed to be a cross between a lemon and an mandarin or orange – they are deep yellow with soft, fragrant skin.  Our tree has delivered a bumper crop this winter and so I set out a couple of weekends ago to make Meyer Lemon marmalade using a recipe that included vanilla, orange blossom water, cardamom and ginger.   It seems pretty tasty. 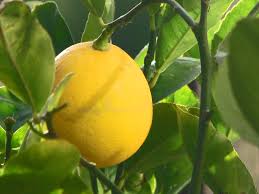 I grew some vegetables this year – the tomatoes did well, melons bombed and the slugs loved the strawberries.  I made several types of jam and am contemplating keeping bees.  I think of this as part of preparing for the apocalypse with artisanal flair:  we’ll have a compound with razor wire, gun turrets, barrels of a nice zinfandel, our own house-cured prosciutto, organic produce and so on. Watching civilization unwind in style.

Jennifer and I visited her cousin Susan in Toronto this summer, an adult vacation after 18 years of offspring-centric activities  – Liam was working with his sponsors and Lexie was lifeguarding at a Presbyterian summer camp on a prairie lake north of Calgary.  Toronto seems calm, clean and well organized relative to nervy U.S. cities and very multi-cultural, in a way that made me think of Dag Hammerskold, the United Nations in the ‘50s, the Kon Tiki Expedition and the Peace Corps.  A mid-century modern take on the melding of cultures.

We spent some time with Susan and her husband Jim at their cottage in the lake country north of the City – wonderfully warm evenings, the lake set in the Canadian Shield (a massive slab of ice age scoured, igneous rock that extends from Hudson Bay through Ontario and Quebec into the U.S.) and framed by a strip of green deciduous forest capped with a clear blue sky.

We actually did a kind of cottage tour, stopping in to see our friends Judith and Mike at their cottage on a lake near Perth and visiting Barb and Wayne who befriended me when I was in Architecture school many years ago in Ottawa.  Perth is a beautiful town west of Ottawa whose older buildings were built by Scottish stone masons in the early 1800s when the area was settled by military veterans from Europe.  Mike and Judith’s cottage is part of a series of cottages owned by their extended family along the shore of Otty Lake.  Calm, quiet evenings, amidst a mixed coniferous and deciduous forest.  A feeling of enclosure.

Barb and Wayne have a cottage on the St. Lawrence River, looking across the New York State and the Adirondacks and near the Quebec border.  Freighters travel up the river with great regularity, passing right by the cottage, humming and throbbing as they move against the current to deliver cargo to points west (ports in Detroit, Chicago, Duluth, Thunder Bay). The river, flowing steadily, quietly and with purpose, gives one a sense of connection to distant regions.

We also drove down to Ithaca, NY to visit with one of Liam’s sponsors, stopping at the border so that I could complete my application for a card that makes crossing the border easier.  I did this at a joint Homeland Security/Canadian Immigration office in Fort Erie, across the river from Buffalo: a study of all that is similar and different about our neighboring countries: the Canadians were quiet, dependable, proficient and not particularly engaging.

However, the very friendly, loquacious Homeland Security officer gave us dozens of variously sized pieces of paper with all sorts of key information (what counts as a fresh vegetable, when the bridges are open, phone numbers that we’ll never use.) that we dutifully placed in a file folder and discarded later that day.  He took a photo of me with his computer camera that was off center and reduced my head to a round stub floating in front of a sea of grey office cubes. When he learned that Jennifer didn’t have a card, he pitched her hard on its benefits.  We are a nation of salesmen. 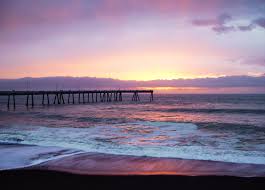 I continue to surf – I have been at it almost 20 years now – and, though I am well beyond getting any better, I do enjoy being out in the water, especially in the Fall when the waves are big.   We were out this morning, just north of a really ugly recreational fishing pier in Pacifica, pictured here on a small day.   This is Northern California surf at its best: big clean swell, an insane paddle out where one tries to avoid being crushed by the waves.  Sitting outside the break, trying to figure out when to go for a wave, catching spray from the backside of the waves as they break in a dull, thundering roar.  Pods of Porpoises swimming by, bobbing buoys marking crab pots just visible offshore, occasional sea otters and flocks of Pelicans, cruising along the crests of the waves like old-school bombers.  And slightly sketchy looking dudes fishing off the pier for Dungeness crabs, some smoking, others eating salty snacks and knocking back tins of malt liquor amidst clouds of what has to be medical marijuana smoke.

As Liam gets more mobile and his range expands, we learn more about the vagaries of the legal system in the great state of California.  Some of this he brings on himself – he was picked up with a couple of friends in a tony beach town in Orange County for breaking curfew (and being caught with smokes and a beer), while his dad was sleeping in a hotel nearby.  Others are a mix – we have to head to Juvenile court in Marin County where he has been booked for making a commercial film in a National Park (Apparently this is verboten.  Not that skaters are big on getting permits and filling out paperwork in the best circumstances).

Lexie started first year at the University of Victoria in Victoria, BC on Vancouver Island, this past September: she was determined to go away to college and U Vic seems like the right level of intensity for her.  Lexie had to fly up as she had tickets to a Taylor Swift concert – equivalent to me getting a chance to surf in Bali – the night before she had to be there, so Jennifer and I took her gear up to Victoria the day before, in a marathon, 14 hour drive, making it to Port Angeles, WA bleary eyed late that evening in order to catch the ferry to Victoria the next morning.  We picked Lexie up at the airport and had a turbo charged 24 hours in town getting things set up – a bit of a twist setting up bank accounts and getting cell phone service in another country – and getting her settled in her dorm.

A bit of a milestone and a bittersweet one at that – our first child launched.  It doesn’t seem that long ago that the Spud came home from Alta Bates Hospital in Berkeley as a 6.5 lb morsel.  Lexie has settled in, made friends in the dorm and figured out the campus.  She finds the weather cool and Canadians friendly. Jennifer is right – not a lot of sizzle to the year.  However, we are grateful for much, for jobs when so many people are out of work, for teenagers we enjoy and that appear to enjoy us, for good health.  We pray for a return to financial stability, for the Arab Spring, for those in need.  Good to see America leave Iraq; one hopes we’ll do the same with Afghanistan soon.  Blessings on you and your family this holiday season.

For to us a child is born, to us a son is given: and the government shall be on his shoulder: and his name shall be called Wonderful, Counselor, The mighty God, The everlasting Father, The Prince of Peace. – Isaiah 9:6